In 1925, New York became the largest city in the world. The population of New York City today is inferior to many cities, but it was the largest city that year. Taking first place from London. Did you know the hometown of which popular personalities this huge city has become? It was here that the lines of the famous “Moby Dick” was written, it was here that Stan Lee, the parent of the Marvel universe, lived and worked. Great people from a great city.

The economist was born on July 31, 1912, in Brooklyn to a Jewish family. Parents were from the Hungarian Beregsas and were engaged in the trade of small things. Soon the Friedmans moved to Rovey. Here Milton went to the Rovey School, from which he graduated in 1928. After the young man became a student at Rutgers University.

The teachings and views of libertarian Milton Friedman have contributed greatly to economics. The American, a prominent representative of the Chicago school, worked with other researchers to develop price theory, and also studied the phenomenon of consumption, the problems of stabilization policy, and others. He also became famous as the author of the Friedman rule. Along with Adam Smith, he received the status of a scientist symbolizing economic thought.

The author of the famous novel “Moby Dick” was born in the summer of 1819 in New York. He became the third of eight offspring of Allan and Maria Melville.

The grandfathers of the future writer were heroes of the war for independence, revolutionaries. One of them participated in the Boston Tea Party, the second commanded the defense of Fort Stanwix in 1777.

Herman’s father was fluent in French and spent a lot of time in Europe, being a seller of French haberdashery. In addition to English, my mother studied Dutch and knew the Bible very well. The third son was baptized by a Calvinist priest. The family lived in prosperity, hired servants, and moved to more spacious and prestigious housing every 4 years, finding themselves in the late 1820s on Broadway.

The American writer Herman Melville is called by admirers the most difficult and deepest of his brothers who wrote in the genre of romanticism. In the past, a brave sailor-whaler, he gained fame at the age of 30, but then lost his former popularity, because he remained true to himself and did not try to please the tastes of the public. The second wave of interest in Melville’s work began in the 1920s, after World War I, peaking in the 1950s. The writer was recognized as a classic of world literature.

READ  100 Facts About New York That Might Interest You

The great composer was born in Brooklyn in September 1898 into a family of Jewish immigrants. The boy’s father, Moishe Gershowitz, left the Russian capital 8 years before George appeared. Having changed his name to Morris Gershwin and got a job at a shoe factory, the man soon married a native of Odessa, Rosa Bruskina. The wife gave Morris four children, of whom George, who was originally called Jacob, was the second and most restless. The guy did not like to study, got into fights, stole, and had a chance to become a gangster, like the characters in the movie “Once Upon a Time in America.” Parents were worried about the future biography of their son.

The furrier’s grandson and the shoemaker’s son George Gershwin revolutionized music, showing like a fairytale prince that jazz is not a poor stepdaughter, but a princess-worthy of the attention of high society. The king of musicals lived a short but bright life.

Stan Martin Lee was born in 1922 to a Jewish family. Parents Jack and Seria immigrated to the United States of America from Romania. Their real name is Lieber. My father found a job as a cutter, but due to the onset of a difficult economic period in the country, the possibility of earning money to feed his family disappeared.

Millions of Marvel fans know Stan Lee’s biography. The heroes of the fantastic universe created by him survived for more than a dozen years, climbing to the peak of demand and experiencing years of oblivion. Today, Stan Lee’s characters are legends, and children and adults alike await films featuring these superheroes.

In the family of German emigrants Miller in New York on December 26, 1891, a son was born, whom the spouses named, like their father, Henry. Soon after, the family moved to Brooklyn, and the boy grew up on colorful streets filled with motley people. 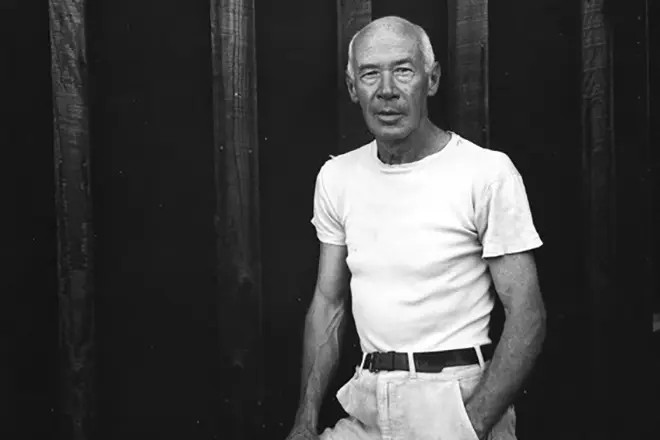 The future president of America was born in the fall of October 27, 1858, in the state of New York. Theodore’s family belonged to high society and lived in abundance. The Roosevelt dynasty was famous in the city, the father of the politician Theodore Roosevelt Sr. was a respected man and had his own glass wholesale business. And his mother Martha Bulloch Roosevelt came from an aristocratic family, Martha’s family are planters from the state of Georgia.

Theodore Roosevelt is one of America’s most famous men and recognizable politicians. The president is famous not only for the reforms but also for the willpower and courage that were inherent in Roosevelt throughout his life. Theodore wanted America to become a world and dominant power. Taking over as president in 1901, Theodore made his dream come true.

The future politician was born on January 30, 1882, at the Hyde Park estate in New York City. The family belonged to respectable metropolitan circles. Father James Roosevelt, a native of the Dutch Rosenfeld family, who moved to the New World at the end of the 17th century, was engaged in commerce, farming, and owned coal mining companies. Mother, née Sarah Delano, also belonged to the old European family of French Huguenots, de la Nua settlers. The difference between the spouses was 26 years. For James, this was his second marriage after he was widowed. From the first wife, Roosevelt Sr. left a son, the same age as the second wife.

Franklin Delano Roosevelt went down in history as the 32nd President of the United States, elected for 4 consecutive terms. The politician brought the country out of the Great Depression, participated in the creation of the Anti-Hitler coalition, and contributed to the birth of the UN.

David Rockefeller Sr. was born in June 1915. It seems that fate not only kissed but kissed this baby because he was born into a family where grandfather John D. Rockefeller was the first dollar billionaire and oil tycoon in human history.

READ  10+ Incredible Posters From The History Of New York City

The biography of the famous banker David Rockefeller is closely connected with New York, which became his childhood city. In the early years, the heir to the Rockefeller Empire grew up in the city’s only “skyscraper” – a 9-story mansion and attended Lincoln School, which was opened and funded by his legendary grandfather.

The figure of this man was shrouded in an aura of secrets and legends during his lifetime. In some circles, he was called nothing less than the “Director of the World.” David Rockefeller is considered one of the main ideologues of globalization, an adherent of neoconservatism, a participant and, according to many insiders, the founder of the elite, including secret, communities, among which the main one is the Bilderberg Club. The right calls the club “the world government”, while the left says it is “just” a gathering of the richest people on the planet that is not subordinate to anyone.

Donald John Trump was born on June 14, 1946, in the largest borough of New York, Queens. The boy appeared in the family of a millionaire. Donald is an American with German roots.

Donald Trump is an American billionaire businessman, known in society for his outspoken communication style and extravagant lifestyle, which do not particularly spoil the image of a successful and purposeful person. Today he is known as the 45th President of the United States to break Ronald Reagan’s age record when he came into office at age 70 and had no previous government or military post.

If you dig deep into the biography of the Barbara family, you will find connections with the 14th President of the United States, Franklin Pierce, who ruled the country back in the middle of the 19th century. However, this did not at all foreshadow that a simple girl from New York, born on June 8, 1925, would eventually become a noticeable figure in the political world.

She grew up in the family of Pauline and Marvin Pierce, who raised four children – Barbara had brothers James and Scott and sister Martha. The friendly atmosphere was reinforced by family reading evenings, which remained in the memory for a lifetime. The future first lady lost her mother at the age of 14 – she died in a car accident. My father worked in the publishing business and achieved notable results in this area.

Barbara Bush is the wife of the 41st President of the United States and the mother of the 43rd. During the reign of George W. Bush, the woman was not only a companion of her husband and raised his children, but also did charity work, organized educational projects, and earned a reputation as the most complacent and affable first lady.