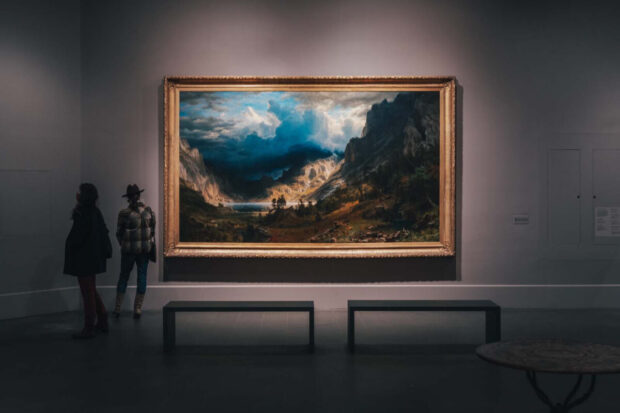 The 11 Best Museums in Brooklyn: Where to Go to Know Something New 08:15  |  23.07.21
Are you looking for the best museum in Brooklyn? Then you have come to the right place – because we show you not only the most important museums in Brooklyn but also exhibitions, exhibitions, and galleries that are in this borough of New York. There are many good museums to choose from in Brooklyn.

Are you looking for the best museum in Brooklyn? Then you have come to the right place – because we show you not only the most important museums in Brooklyn but also exhibitions, exhibitions, and galleries that are in this borough of New York. There are many good museums to choose from in Brooklyn.

The American Museum of Natural History in New York is one of the largest and most important museums of natural history in the world. Embark on a journey from the Stone Age to the Space Age, from the dinosaur skeleton to distant galaxies, explore the past and learn about our life on planet earth.

The art museum: “The Frick Collection” is beautifully located at the southern end of the Museum Mile. The mansion on Central Park was once the home of Henry Clay Frick (1849-1919), a wealthy industrialist and art collector who opened his prestigious residence to the public as a museum after his death.

As it has become clear from the previous articles, Manhattan is full of discoveries. Continue your journey with us.

It is worth continuing our column on the best museums in Manhattan. The best part here: this is a huge assortment for every taste.

The Ballpark is located on 161st Street in the New York borough of Bronx, and this year welcomed the second most visitors in the MLB. It is home to the most successful franchise in baseball history: the New York Yankees.

The Brooklyn Botanic Garden was founded at a time when the towering buildings and winding streets of New York City were developing. Although it turned out that New York City would eventually become one of the largest and busiest cities in the world, New York law wanted to ensure that the landscape wasn’t limited to just skyscrapers and cobbled streets and that some flora and fauna would be preserved stay. In 1897, New York State legislation cleared 39 hectares of land for the Brooklyn Botanic Garden.

While individual members of the African-American elite took one symbolic hurdle after another, this did little to change the extreme poverty of the vast majority of blacks. They often lived in inhumane “Third World” conditions in city centers.

In 1967, the liberal post-war consensus in the USA fell apart. This was based on a combination of several elements: on the one hand, on a robust foreign policy anti-communism and internationalism, on the other hand, on growing prosperity in the wake of the economic boom after the Second World War, which was accompanied by the expansion of welfare state programs, but also growing political participation of previously discriminated groups.

On the eve of Thanksgiving Day, the National Society of Civil Art of the United States launched an advertising campaign in New York City to raise funds for the restoration of the original Pennsylvania Station. The legendary Penn Station demolition that they called the 1963 demolition «the greatest architectural crime of the 20th century».

The Statue of Liberty was opened on 28 October 1886. At that time visitors had the opportunity to climb the torch. But it was closed in 1916. Why do you think that happened?

When the Brooklyn Museum reopened last weekend after completing the $ 63 million modernization work, there was a defiant mood over jazz music and cheese platters that is increasingly rare in the otherwise oversaturated New York cultural scene.

The Rockefeller Center is one of the most famous commercial properties in the world and connects the New York of the 1930s with the modern. The building complex is centrally located in Manhattan, consists of a total of 20 buildings, and is located between Fifth Avenue and the Avenue of Americas, West 47th Street, and West 52nd Street.

Madison Square Garden – known as “The Garden” for short by New Yorkers – is located in the heart of Manhattan. Don’t be fooled by the name: The Garden is not a park, but a gigantic event center that has hosted many well-known rock stars and some of the most important sporting competitions of our time. “The most famous arena in the world”, as it is called by its operators, can be found on Seventh Avenue between 31st and 33rd Street, right next to the large Penn Station bus and train station.

Carnegie Hall is one of the most famous concert halls in the world and has set musical standards in its more than 125-year history – above all because of its outstanding concerts and brilliant acoustics.

When you think of Lower Manhattan, you think of Wall Street, of power, countless banks, and impressive skyscrapers. This guide shows you what Lower Manhattan has to offer, why this part of the city is of particular historical importance, and why many residents have a very personal connection to this district.

There are a total of 65 bridges in New York, which connect the individual areas of this large city that are divided by the water. One of these many bridges, the Brooklyn Bridge, is probably one of the most famous bridges in the world.

On 24 May 1626, New Netherlands Governor Peter Mineit bought Manhattan from the Indians.

From time to time, someone monitors the high-end real estate market of different cities in case he suddenly has a lot of money. Is there an urgent need to choose a dream apartment in New York or Rome?

For the ever-busy New Yorkers, getting out of town on the beach is a problem. But if you want to rest and have fun, you should visit Coney Island, especially since this town resort has such an interesting history.