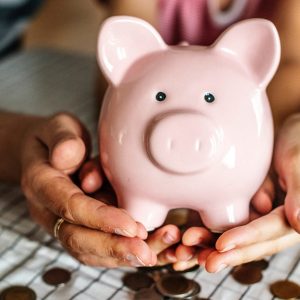 Relax and Forget about Everything: Wellness, Beauty & Fitness in New York

New York With Children: Tips for Parents
Latest Articles
16:41
What About Money: Best Banks in New York in 2022
15:26
Relax and Forget about Everything: Wellness, Beauty & Fitness in New York
11:39
New York City Fire Museum: The Fire Department Museum in New York
17:45
Low Budget Tips for New York City: Tips For Saving Travel Budgets in NYC
14:36
New York With Children: Tips for Parents
15:31
SoJo Spa in New Jersey: The Most Relaxed View of New York
16:27
What To Do: Challenges Faced by New York Residents
13:53
People in New York: What About Locals?
16:36
From New York Airport to New Jersey: Tips For Travelling
09:30
The Ukrainian Charitable organization appeals to the world community to help Ukrainians affected by the war in Ukraine
16:38
10 Reasons to Love New York: Too Many Reasons To Love This City
17:47
The 7 Best New York Apps for the iPhone: Must-Have
12:18
Uber in New York City: The Better Alternative to the Yellow Cab
More Articles
Favorites

80 Incredible Facts About New York: a City That Never Stops to Amaze

Best things to do in winter in New York City

New York has always been mysterious and unpredictable. To once again make sure that you don’t know New York, as well as you, think – read the curious facts on our site. Learning absolutely everything about New York is not an easy task. He always surprises and charms with his unpredictability and talent to change human lives. If you have lived in New York for a long time and it seems to you that you have studied it thoroughly and know everything about everything – do not rush to draw conclusions.

The main feature of the big apple has always been its contrast. If you are walking on one road, you should cross to the other side of the street and you will find yourself in a completely different universe. New York is the only city on Earth where there are cuisines of all countries of the world from and to, where everyone can start their life and find themselves in this stone jungle.

It is impossible not to love New York, which is why it always inspires directors and cinematographers for new films, about 250 films are released every year, which are set in New York! New York has inspired such great directors as Martin Scorsese and Woody Allen.

New York is one of the largest economic and cultural centers in the world, which is also a trendsetter and always supports the most daring undertakings of contemporary art, which is why we can say that New York is a place where absolutely no borders. In this city, everything and always depends only on you.