Queens: New York’s biggest borough comes into its own

Long overshadowed by its smaller, but better known sibling to the west, Queens is finally emerging from the shadows of Manhattan to take its place as one of New York’s most fascinating boroughs.

In recent years, Queens has seen the rise of microbreweries, boutique hotels, a reinvented seaside and a burgeoning art scene – all of which has given a big boost to local pride.

The biggest borough by size, Queens is home to over two million people, which would make it the fourth largest city in America if it were uncoupled from greater New York. More impressive than its population, however, is the borough’s unrivaled ethnic diversity, with residents from every corner of the globe. If ‘all the world’s a stage’, head to Queens for front-row seats. Or check out our video on Uncovering Queens, and all it has to offer to travellers. 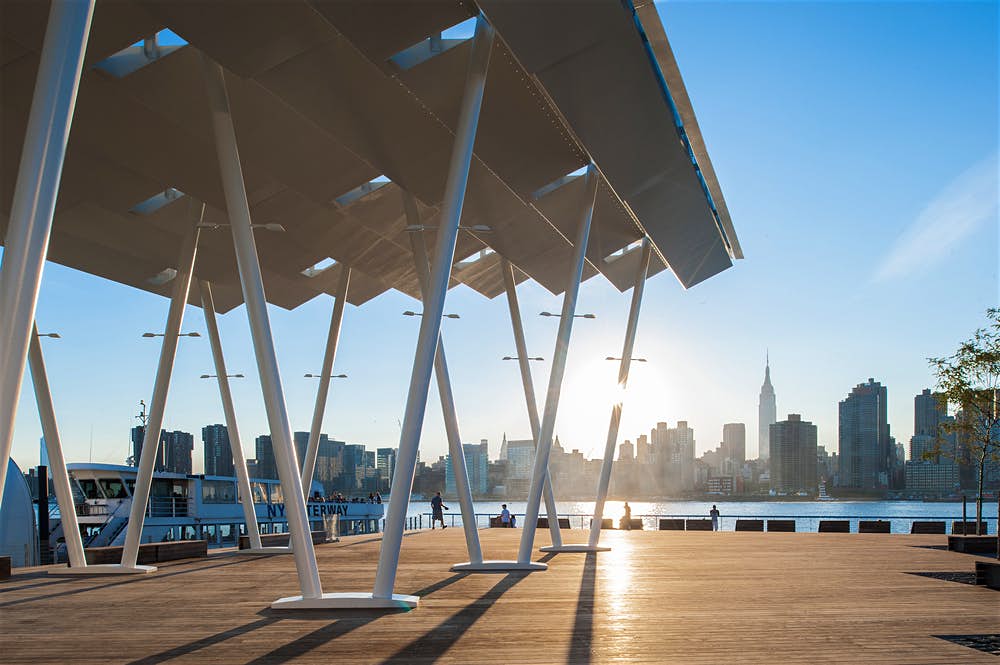 In the last few years Queens has seen an explosion of craft brewers and beer pubs. Brewmasters, with ambitions both large and small, have shaken up New York’s biggest borough, and if you’re after what’s new and cutting-edge in the brewing scene, Queens is the place to be. Tucked away in a once-industrial area near the Pulaski Bridge, Transmitter Brewing (transmitterbrewing.com) is one of a new breed of small-batch breweries (so-called ‘nanobreweries’) creating innovative (but highly drinkable) quaffs.

Shortly after opening its doors in 2014, it garnered wide praise for its complex Belgian-style farmhouse ales. The better known SingleCut Beersmiths (singlecutbeer.com) quickly became the epicenter of Astoria’s beer scene after its opening two years before. On weekends, the tap room is abuzz with locals sampling unusual brews like the Kim, a tart lager infused with hibiscus.

Ever pushing the envelope, Finback Brewery (finbackbrewery.com) creates wildly imaginative but beautifully executed brews like the Coasted Toconut, a milk stout with a hint of toasted coconut. Long Island City has even more brewers, including Big Alice Brewing (bigalicebrewing.com) with a small but impressive output, and Rockaway Brewing Company (rockawaybrewco.com), which began inside a beachside bungalow before moving to Long Island City.

Speaking of beaches, Rockaway has become NYC’s favorite seaside destination of the summer. Locals looking for sand and sun but without the Hamptons’ fuss (the prices, the traffic, the ‘tude), have begun flocking to this beach in outer Queens. Wait, Queens has a beach? Indeed, and you can reach these Atlantic-kissed sands on the subway. Aside from wave frolicking, surfing (as immortalized by the Ramones) and people watching, the chief draw is the burgeoning eating and drinking scene that has sprouted near the boardwalk.

Although few visitors realize it, Queens has a world-class art scene. And it has only gotten bigger and better in recent years. Massive makeovers to iconic institutions like the Queens Museum and the Museum of the Moving Image – both fresh from $65-million-plus renovations – have married state-of-the-art galleries with high design, while greatly expanding their collections. Meanwhile, shows like PS1’s famed “Warm Up” summer series continue to put the art in party, with ambitious installations and DJ sessions in the courtyard.

The art scene is ever growing, with new events (the first annual Emerging Artists Festival kicked off in Long Island City this year; conceptionevents.com), a surging gallery scene (Ridgewood has seen a massive influx of artists and gallerists) and waterfront parks that showcase sculpture, outdoor cinema and avant-garde theater throughout the warmer months. In 2014 New York even christened a 24-block-radius section of Astoria a new arts district (one of only three such designations in the city).

Sleep the sleep of Queens

Long gone are the days when checking into a NYC hotel meant (invariably) bunking in a small, pricey room in Manhattan. The accommodation scene has spread across the East River, with a new crop of boutique hotels and upmarket hostels springing up in Queens (and Brooklyn). Rooftop bars, creative American on-site restaurants and magnificent Manhattan views – not to mention cheaper rates – are a few features luring visitors across the river. New openings this year include the Paper Factory (thepaperfactoryhotel.com), a whimsical design set in a former industrial building with an aesthetic of reclaimed lumber, polished concrete, vintage maps and artfully displayed machine parts (no prizes for guessing what was once made here).

Another Long Island City addition is The Local NYC (thelocalny.com), which offers stylish quarters and common areas, plus a bar that serves up live music and Queens microbrews on tap. For better or worse, more Queens hotels are on the way, with nearly two dozen new projects in the works at last count.

See also  190 Bowery: Life in an Old 72-room Bank in the Middle of Manhattan

One of the best features of Queens is the astonishing diversity found in its patchwork quilt of neighborhoods. In fact if your idea of New York is the global melting pot, then Queens is the obvious place to look. Quite simply Queens is one of the most ethnically diverse places on earth, home to over 100 nationalities speaking some 160 different languages, with nearly half of its residents foreign born.

Bhangra dancing in the streets of Queens. Image courtesy of the Queens Tourism Council.

Exploring Queen’s densely packed streets means swishing past colorful saris in Jackson Heights, listening to the sing-song call of vendors hawking South American delicacies against a crackling salsa soundtrack along Roosevelt Avenue, and breathing in the scent of strong coffee and flavored tobacco outside a hookah bar in Astoria.

Flushing, incidentally is home to New York’s biggest and best Chinatown, and its sidewalks are awhirl with sizzling food stalls, Asian grocery stores overflowing with exotic fruits, and glittering malls where nary an English word is spoken. For foodies, the authentic ethnic dining of Queens is a major draw and one of the biggest reasons why no other place quite measures up when compared to their own hometown borough.